These are our Champions …

Since the beginning, my goal has always been to keep the Brittany as dual purpose as possible, not an easy task sometimes!

Producing such dogs gives me immense pleasure and I can honestly say that one of the best days of my life was winning the French Nationale D’Elevage with Patouche Toscane out of 255 dogs from 10 countries! Since, our dogs shown at this most important Yearly event have been consistently placed in the first 4, those being the only top awards.

Toscane’s grandaughter, Sh. Ch. Patouche Diablesse (owned by Val Howse) was made up with her 3rd CC and Best of Breed at the Brittany Club Show in September ’16. Always special to be awarded such honours by a French Judge, on this occasion by Monsieur Jean Lassandre.

Our Brittanys are achieving well abroad too, with Patouche Mirabelle (owned by M&R Adner in Sweden) winning Best of Breed, under Judge James Byrnes, from Ireland.

Without forgetting Sh. Ch. Patouche Orelie in Ireland (owner Jimmy Havens), and the exported Patouche Monseigneur in the USA (owner B Dillon)… 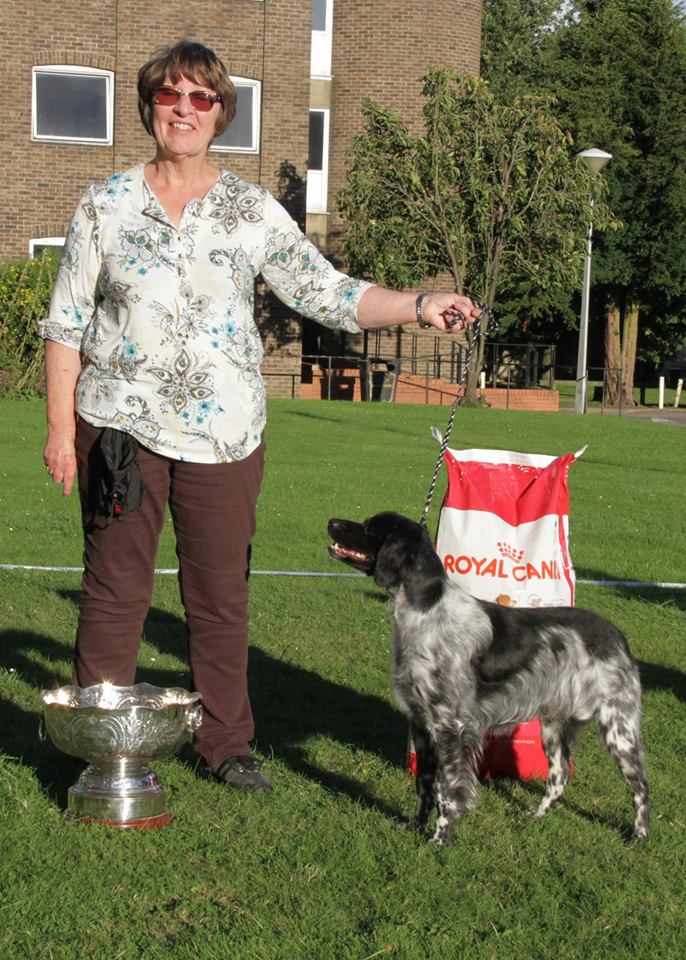 In 2016, one of our puppies, Patouche Mirabelle (Owner M & R  Adner) was exported to Sweden, she made an impressive debut with 3 BOBs in the ring in just her first few shows, since winning numerous other awards.

Our earlier Champions and Show Champions are: Sh. Ch. Patouche Horace (owner M Young) who was BOB at Crufts. 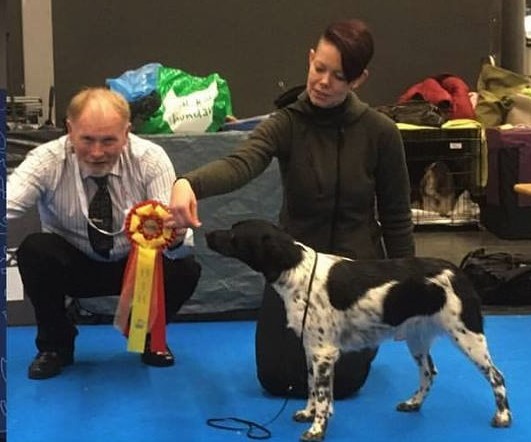 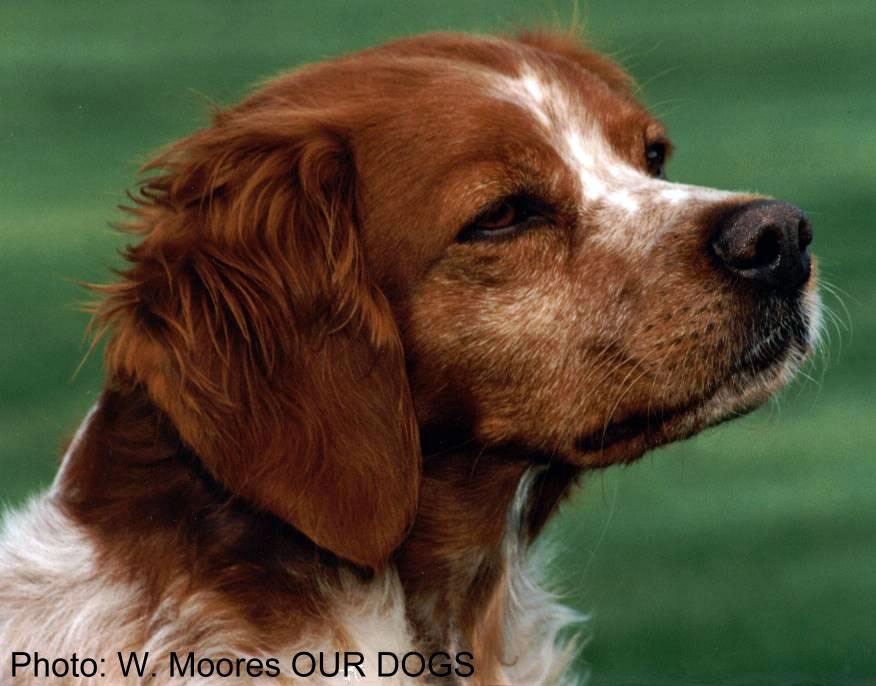 Patouche Jiji (owner A & M Lockie) became the first Full Bitch Champion in the UK; also handled by Rory Major, she is the dam of the talented Dual Champion, Tournesol Toutou. 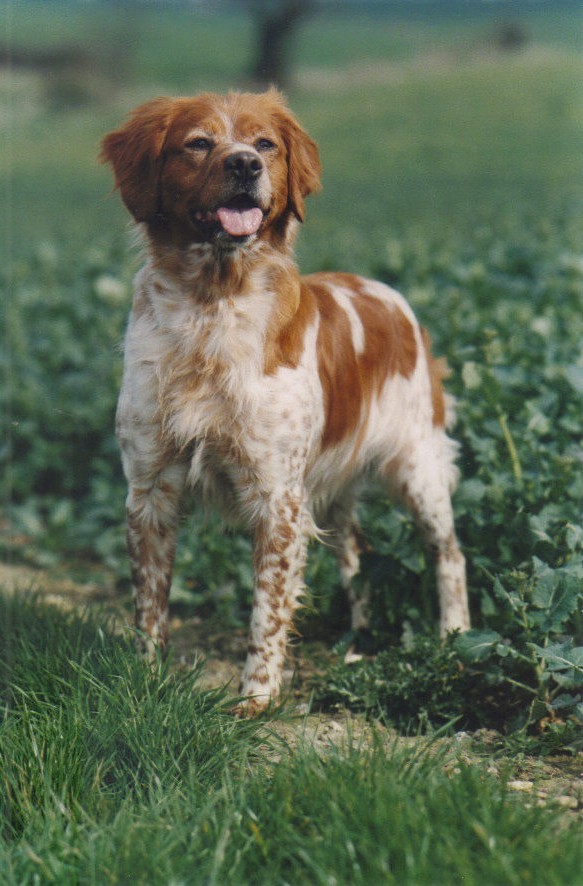 My favourite import, Ivry de Keranlouan was from the famous kennel; my foundation bitch. She was the one who helped me achieve my first award in a Spring Pointing Test. She was also BOB at Crufts in 1997 – the first year of CC’s in the breed. (Judge – Kathy Gorman). 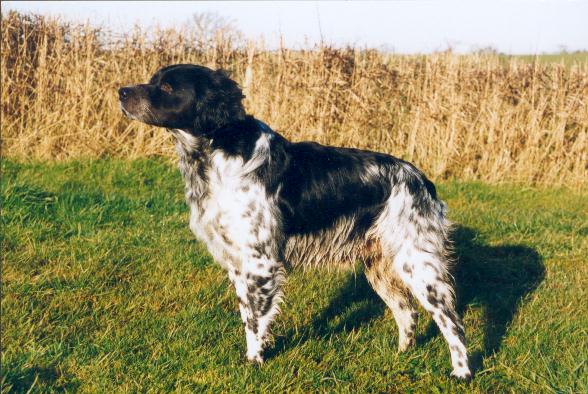 Soon to be followed in her footsteps by her son, Lorca de Keranlouan, who was to become my first Full Champion. Lorca, a very talented dog by the famous Ebert de Keranlouan, he taught me everything…

Ivry’s granddaughter, Patouche Baileys became a Sh. Ch. in the UK, as well as winning CACs and CACIB in France too. 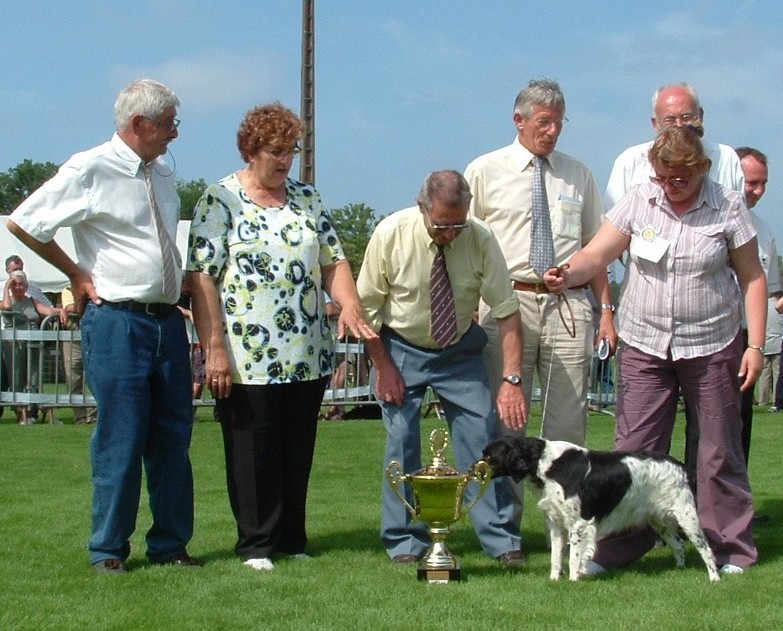 In turn, Patouche Toscane became a full Champion handled in the field by Rory Major. Naturally, we showed her in France – incredibly successfully! 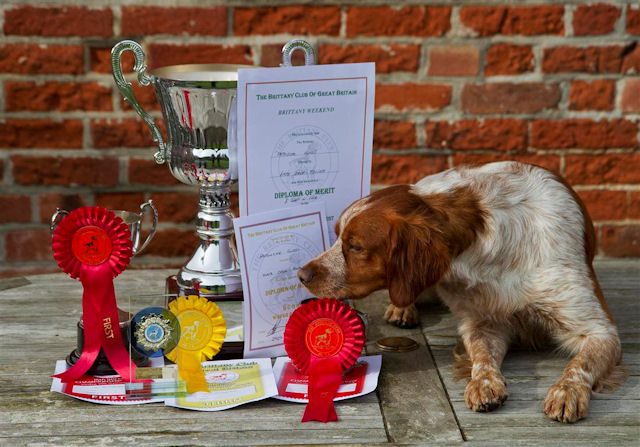 Both Toscane’s daughters Baileys and Diablesse are Show Champions, and her grandson Gucci – a Full Champion.